The Underground at The Mob Museum 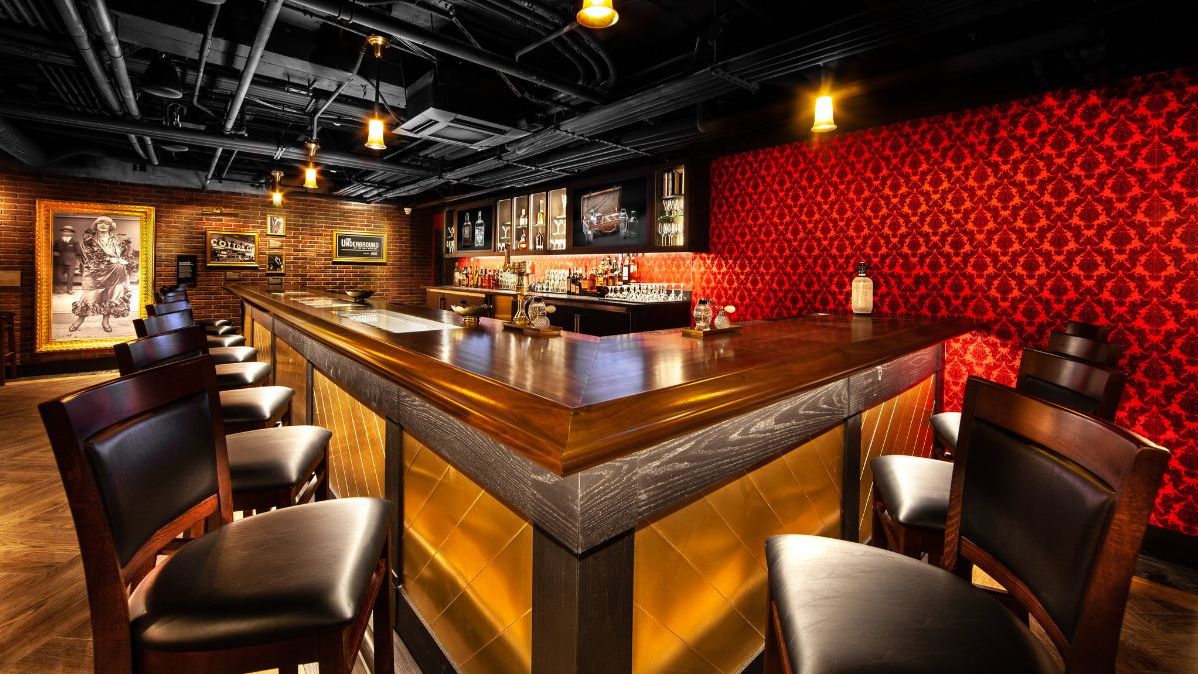 An immersive Prohibition history exhibit, featuring a working distillery and speakeasy, located in the basement of The Mob Museum.

The Mob Museum serves its house-brewed beer on tap in the speakeasy. The Underground brews two barrels, the equivalent of four standard-sized kegs, for a total of approximately 60 gallons each week.

Behind a concealed door, “The Fitting Room” provides an ultra-private, intimate speakeasy-within-a-speakeasy.

An aquarium exhibit, produced in conjunction with The Animal Planet series “Tanked” and situated in The Underground’s alleyway, illustrates the story of the Lizzie D, a tugboat that vanished in a heavy gale in 1922 off the coast of Fire Island, New York. In 1977, divers located the wreckage, which contained crates filled with hundreds of bottles of Kentucky bourbon, Scotch whisky and Canadian rye whisky. The discovery confirmed the Lizzie D was secretly used to transport illegal liquor during Prohibition.

Photos courtesy of The Mob Museum