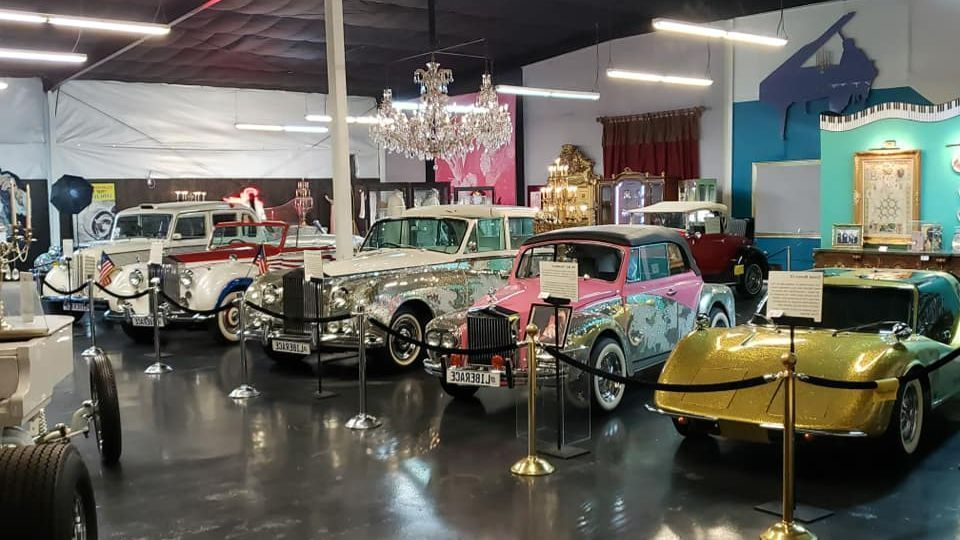 Liberace Garage is in the Teamsters-financed 1972 warehouse complex on Dean Martin Drive. The interior of the property houses the stage cars and other large artifacts of the Liberace Museum Collection, under management of the Liberace Foundation. Also housed in adjacent rooms is the Hollywood Cars Museum collection of cars from various films and television.

The interior of Liberace Garage is a glistening dichotomy to the rough, older warehouse exterior. There are two distinct warehouse locations within the Liberace Garage. One is bright, the other dark, much like a black box studio. Artifacts can be moved on a case-by-case basis, or licensed for use. Liberace Foundation Chairman Jonathan Warren also houses some of his collection of classic cars which have been picture cars including in Back On The Strip, starring Wesley Snipes.
He has car handlers and does greeking of autos as well.

Adventures of Kesha and Macklemore was filmed here in 2018 (remodeled since)
Many television show segments, usually pertaining to automotive
The Liberace cars were shipped by the Foundation for filming in HBO's Behind The Candelabra
There are many picture cars on site, ownership is familiar with film usage.

Adventure of Kesha and Macklemore was filmed here in 2018.
The Liberace cars here were shipped by the Foundation to be filmed in HBO's Behind the Candelabra.